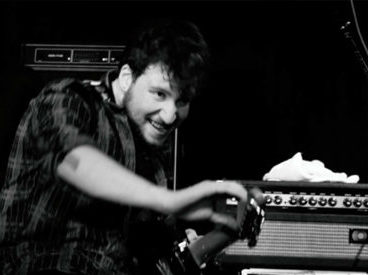 I became fascinated with music at a very young age. At the age of 9, I received my first guitar and immediately started teaching myself by ear. It wasn’t until I turned 14 that I decided to take my guitar playing to a new level after hearing the music of Frank Zappa and Jimi Hendrix for the first time. Shortly after this new realization, I began taking formal lessons and dedicated myself to practicing for hours a day. I then began playing in small clubs and bars across NYC while I was only 16 years old. After graduating high school, I was accepted into the Music Industry program at SUNY Oneonta. It was there I truly found myself at home, playing in various music ensembles such as the SUNY Oneonta Zappa Band, Jam Band and Jazz Octet. I also began playing in bands outside of school, opening up for acts such as hip-hop artist Sammy Adams and H.R. of the Bad Brains. Throughout my tenure in college, I continued to study guitar vigorously under the guidance of esteemed music professor, Mark Pawkett. I officially graduated in December 2014 as a seasoned guitarist with a bachelor’s degree in Music Industry and Audio Arts Production. From a musician’s standpoint, I believe that practice, diligence and dedication are the tools necessary for mastering any musical instrument. I also encourage my students to ask questions and to strive to become the best they can possibly be. I am proud to be a part of the wonderful teaching staff at iSchool of Music and Art and am always ready and willing to help and educate.

They were called “The Order of the 8th floor” before we came to know them intimately. When oxandrolone is prescribed to patients being treated with warfarin, doses of warfarin may need to be decreased significantly to maintain a desirable INR level and diminish the risk of potentially serious bleeding. Several food sources of choline are listed in Table 2 Viagra Generico 5 mg. It is the same active ingredients as the prescription but none of the additives.

Born in St. Petersburg, Russia, I fell in love with the sound of electric guitar…

I have always had a passion for music! This drove me to study a variety…

Hi there! I’m a Soprano who’s recently graduated from Mannes College of Music where I…